I found myself awash in spiritual truths as, in my reading this week, I dove into the ethereal waters of Hinduism. There I saw the underpinnings of that faith tradition more clearly than ever before. In the closing of Philip Novak’s chapter on Hinduism in his book The World’s Wisdom, he offers a definition of God’s grace from the Hindu mystic Ramana Maharshi: “When you pray for God’s grace, you are like someone standing neck-deep in water and yet crying for water.” So too am I seeking wisdom, this day in the Hindu tradition, only to find that the universal truths found herein resonate very closely with the Unitarian-Universalist faith that already surrounds and animates my life.

The first of these common principles is the oneness of all creation, which UUs would call the interconnected web of being. From the Isa Upanishad, we are urged to see ourselves in other beings and vice versa: “Who sees all beings in his own Self, and his own Self in all beings, loses all fear…When a sage sees this great Unity and his Self has become all beings, what delusion and what sorrow can ever be near him?”

In fact, the capacity to recognize the oneness of creation is the very definition of religious virtue. In the Katha Upanishad, we read, “Who sees the many and not the One, wanders from death to death…Who sees variety and not the unity wanders on from death to death…As pure water raining on pure water becomes one and the same, so becomes…the soul of the sage who knows.” Later in the tradition, the mystic Ramakrishna reinforced this idea: “Every conscious being we gaze upon is then perceived to be God. Inanimate structures as well are God…But the most complete Divine Manifestation, surprising as it may seem, is this human reality…” It’s easy to see how this faith tradition has resulted in so many vegetarians in India, and the ecological dimensions of this statement resonate with contemporary environmentalism. It also reinforces the value of sacred and beautiful spaces, whether that be temples or a perch beside a babbling brook.

The second point of resonance in the two faith traditions follows from the first. Because of the oneness of creation, we each have the spark of divinity dwelling within. Continuing from the Katha Upanishad, we find this explanation: “There is one Ruler, the Spirit that is in all things, who transforms his own form into many.” Religious life, therefore, is the practice of communing with this inner peace. Unlike traditional Christianity, with its emphasis on external sources of salvation (e.g. the salvation “by proxy” of Christ’s sacrifice, or obedience to a set of religious observances), the path to salvation comes from within, from the divinity that is already present in us and always has been. This is the art of knowing the Atman, the inner spirit, and the yogic teaching of inner-union.” This resonates for me in the UU principle of the inherent worth and dignity of every person, which echoes the 19th-century transcendentalism that imbued UUism with this more spiritual dimension.

A third point of resonance between UUism and Hinduism is that of “many paths” to a spiritual life, which is embodied in the UU principle of a free and responsible search for truth and meaning. Returning to the sage Ramakrishna, his ancient text extols the virtue of respect for all sincere religious traditions. Each person claiming that her own religion is the one true faith is a recipe for insanity. “All religions are glorious!” he wrote, and we should feel joy in participating with our co-religionists. This is because, according to Ramakrishna, Divine Nature can be revealed in many different ways: “All the integral transmissions of sacred wisdom and contemplative practice that survive the test of time are true—true in the sense that they function authentically and bear the sweet fruit of sanctity.” What makes Hinduism friendly to “many paths” is that the pure spiritual nature of Brahman and Atman are not specific, anthropomorphic gods but are confined primarily to the world of meditation and wholeness, as opposed to worship in the Judeo-Christian or Islamic traditions.

The final point of intersection I have observed between Hinduism and UUism, much to my amazement, is the unitary nature of God, who is transcendent and cannot be divided—Unitarian as opposed to Trinitarian or polytheist. I have heretofore thought of Hinduism as polytheistic (and therefore very un-Unitarian) given all the stories of gods and goddesses in the tradition. But I have heard Hindus dispute this vehemently, and claim that their faith centers on one true God.

Having dived into these sacred texts this week, I see now how this is so. Having reviewed highlights from the Vedas, the Upanishads or the Bhagavad Gita, I see that none of them mentioned the deities with which I am familiar, with the exception of Lord Krishna. What came through instead was a clear devotion to Brahman (ultimate reality) and Atman (the soul or the true self) which all seemed to be referred to collectively and interchangeably as “God.” Even Lord Krishna cannot be confined to a single form of existence: The physical manifestation of Krishna, when he revealed himself to the petitioner Arjuna in the Bhagavad Gita, was many faceted, with hundreds of mouths and arms and sources of light. This expresses the truth that “God” cannot be defined in limited human terms but rather transcends our capacity to comprehend it.“

I, too, believe that God is a great mystery that resists easy definition. From the Hindu tradition, we can learn that letting God remain mysterious is a better approach to religion than most, at least for those of us who value praxis and human wellbeing over orthodoxy of belief. Keeping God in the realm of the ethereal puts the focus where it belongs: On our earthly capacity to find inner peace and see the divinity in all fellow creatures and in all things. 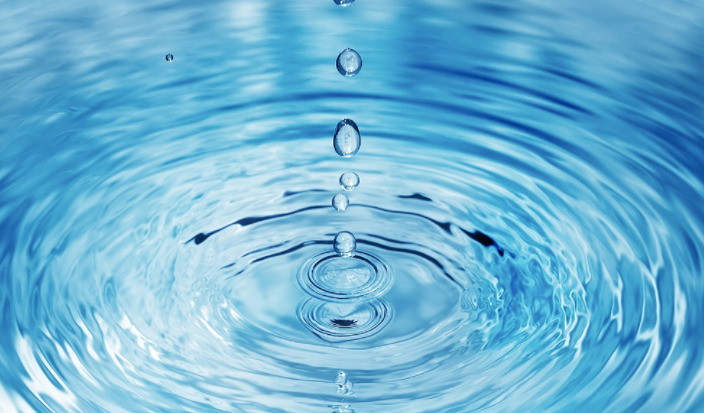